It should be a calling, a vocation. Through pursuing a career with Franciscan University, you’ll have the opportunity to be a part of a visionary organization in service of the Catholic Church, society, and culture.

At Franciscan University you will work for and with the Church, alongside like-minded men and women who share your values and your desire to transform the culture. You’ll be challenged by the work and rewarded by the fruit it bears. You’ll be part of an institution that Francis Cardinal Stafford, former president of the Pontifical Council of the Laity, described as “central to the reform and the renewal of the Catholic Church after the Second Vatican Council.”

Steubenville is the seat of Jefferson County whose rich natural resources have lent themselves to an economic history based in industry and agriculture. Over the last several years, natural gas exploration and production have contributed to significant economic development.

Abundant recreational options in our county include parks, lakes, golf courses, trails, historic sites, wineries, festivals, shopping, and more. A variety of fairs, festivals, and community days show again and again the pride that residents take in their hometowns.

The medical field has seen incredible growth and expansion in Jefferson County over the past several years with new facilities, improved technology, and expanded services. Residents can also enjoy the convenience of top healthcare here at home from University of Pittsburgh Medical Center and Allegheny General Hospital specialists affiliated with local hospitals.

Our Strategic Approach to Human Resources

The strategic approach to Human Resources at Franciscan University is inspired by organizational development best practices and is rooted in the University’s Catholic and Franciscan identity. Our “employee-centric” paradigm recognizes the value and dignity of each person and their indispensable role in fulfilling the University’s mission. In recognition of this certainty, the Human Resources Office at Franciscan University focuses on hiring and retaining exceptionally competent, mission dedicated employees and fostering an environment that allows them to realize their full God-given potential through effective engagement, and resource alignment. By stewarding its human resources in this fashion, Franciscan University will always find new and effective ways to meet the needs of our students and the Church in the midst of an ever changing environment.

In compliance with state and federal laws, including (but not limited to) Title IX of the Education Amendments of 1972, Section 504 of the Rehabilitation Act of 1973, and Titles VI and VII of the Civil Rights Act of 1964, Franciscan University of Steubenville does not discriminate on the basis of race, color, national or ethnic origin, sex, age, disability, or veteran’s status (or any other criteria protected by applicable law) in its educational programs and activities, admissions, or with regard to employment. Inquiries may be directed to:

through abooth@franciscan.edu; or 740-283-4338, who has been designated by Franciscan University to coordinate its compliance efforts and carry out its responsibilities under Title IX as well as those under Section 504 and other applicable non-discrimination laws. Inquiries may also be directed to the Assistant Secretary for Civil Rights, U.S. Department of Education.

Previous tab Next tab
Read more >>
It should be a calling, a vocation. Through pursuing a career with Franciscan University, you’ll have the opportunity to be a part of a visionary organization in service of the Catholic Church, society, and culture.

At Franciscan University you will work for and with the Church, alongside like-minded men and women who share your values and your desire to transform the culture. You’ll be challenged by the work and rewarded by the fruit it bears. You’ll be part of an institution that Francis Cardinal Stafford, former president of the Pontifical Council of the Laity, described as “central to the reform and the renewal of the Catholic Church after the Second Vatican Council.”

Founded in 1946 by the Franciscan Friars of the Third Order Regular, Franciscan University is known around the world for its enduring fidelity, vibrant campus culture, and academic excellence.

In just under 70 years, Franciscan University of Steubenville has emerged as a leader in academically excellent and passionately Catholic education. By integrating faith and reason in the pursuit of truth and right living, the University has grown from a small facility serving local veterans of World War II to a beautiful hillside campus and an educational institution recognized nationally and internationally for its programs, faculty, and graduates.

Since 2001, the University has been ranked in the elite “first tier” of Midwestern universities by U.S. News and World Report’s guidebook, America’s Top Colleges. Included in every edition of the Cardinal Newman Society’s Guide to Choosing a Catholic College, Franciscan has also been ranked as a top 100 “best value” in private higher education by Kiplinger Personal Finance Magazine since 2011.

Numbered among Franciscan’s graduates are bishops and priests, congressmen and pro-life activists, missionaries, catechists, doctors, lawyers, and teachers. They’re leaders in the Church and culture, serving in the vanguard of the New Evangelization, and they’re doing that, in large part, because of the education in faith and reason they received at Franciscan University.

Benefits at A Glance

Whether you are considering employment with Franciscan University or you are a current employee, this brochure is intended to provide a summary of the University’s employee benefits.

View Brochure
Why I Chose Franciscan 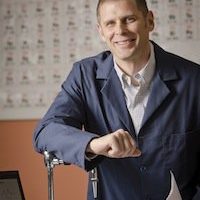 Numbers always came naturally to Franciscan University chemistry professor Dr. Jeff Rohde and his three brothers (who now, respectively, work in business, finance, and organic chemistry). That may have had…
END_OF_DOCUMENT_TOKEN_TO_BE_REPLACED 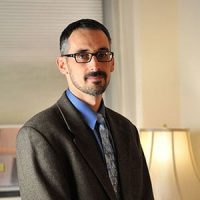 I still find it incredible that God guided me to Franciscan University. While I did not go to school here, I always wanted to work where I can fully immerse…
END_OF_DOCUMENT_TOKEN_TO_BE_REPLACED

I first discovered Franciscan University in 2006 when I chaperoned my kids at a Steubenville Youth Conference. I’ve been saying ever since that there is nothing like seeing 2,200 kids…
END_OF_DOCUMENT_TOKEN_TO_BE_REPLACED 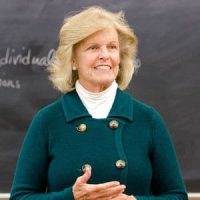 Like most children, Anne Hendershott never tired of asking why. But unlike most adults, she never stopped asking that question. “I’ve always been curious about why people do what they…
END_OF_DOCUMENT_TOKEN_TO_BE_REPLACED 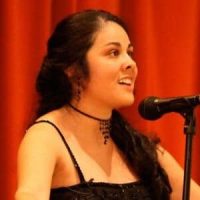 For summer 2015, while other Franciscan faculty squirreled away in their offices, researching and writing, assistant professor of music Dr. Jessica Ewell went to the Scottish Highlands, recording her third…
END_OF_DOCUMENT_TOKEN_TO_BE_REPLACED

Pursuant to the Jeanne Clery Disclosure of Campus Security Policy and Campus Crime Statistics Act (Clery Act), Franciscan University of Steubenville publishes an Annual Security and Fire Safety Report (ASR). The ASR includes fire and crime statistics as well as institutional policies concerning campus security, alcohol and drug use, crime prevention, reporting of crimes, discrimination, sexual misconduct, and other matters. The ASR is available at https://safety.franciscan.edu/campus-safety-and-security/security-fire-safety-report/. Upon request, a paper copy of the ASR may be obtained at no cost at the Department of Public Safety located on the Steubenville campus at 1519 Parkview Circle (Assisi Heights) or via telephone at 740-283-6333.
Go to Top
Apply
Inquire
Visit
Programs
Give